James L. Rubart, C.J. Darlington, and Jen Stephens are back this year with their second novels. Here’s a sneak peek of what to expect from each of these acclaimed authors. 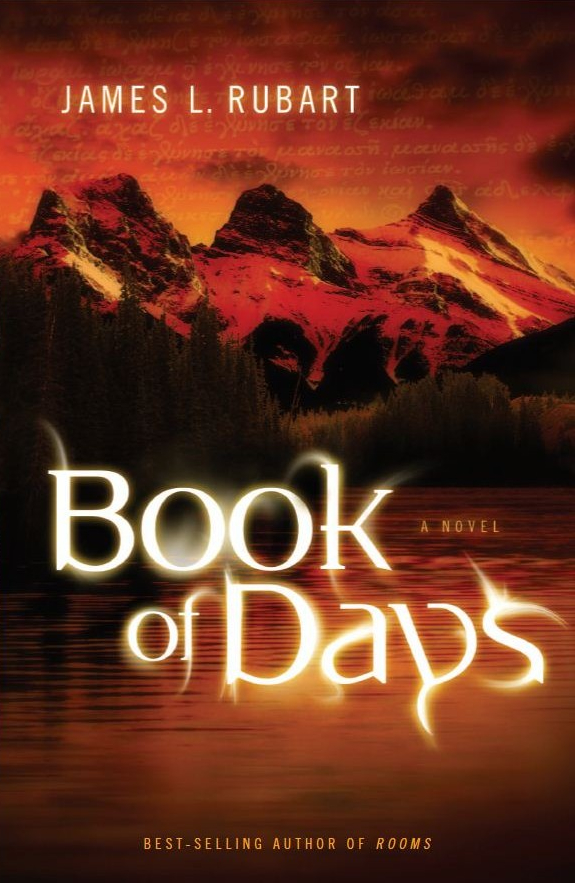 Rubart’s Rooms was one of the most applauded fiction releases in 2010. He follows up with another metaphysical tale, this one based on Psalm 139:16. Rubart’s third book, The Chair, will also release this year, in late fall.

God’s Book of Days. A record of the past, present, and future of every soul. Some say it’s fable. Others are sure it’s real, hidden somewhere on Earth . . .

If Cameron Vaux can’t find it, he will lose everything.

“You will lose your mind. When it starts happening . . . you must find the Book of Days.”

When Cameron’s dying father delivers this message, he brushes it off. Lose his memory? He’s only twenty-five. Find a book that doesn’t even exist. Foolishness. Nothing more than the product of his father’s dementia. But now, eight years after his father’s death, it’s happening. Chunks of Cameron’s life are just—gone. Even memories of his wife, killed two years ago, have slipped away. Could it be . . . ? Is his father’s eerie prediction coming true?

Desperate, Cameron determines to fulfill his father’s last wish. He will find the Book of Days. But when a lead takes him to the small town of Three Peaks, Oregon, Cameron realizes dark secrets are at work. The townspeople, warm as apple pie at first, turn cold as liquid nitrogen when Cameron mentions the Book. As his mind works against him, Cameron discovers that friends may be enemies. And the one person Cameron can’t stand? She might be his strongest ally. But there are others seeking the Book. Others who will stop at nothing to get it. And they’re closer than Cameron ever imagined. . . . 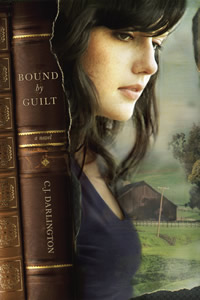 Winner of the 2008 Christian Writers Guild Operation First Novel contest, C.J. hit the ground running with her debut, Thicker Than Blood. Her sophomore effort, Bound By Guilt, is a standalone sequel to the first book.

Roxi Gold has been shuttled from one foster home to another most of her life. She longs for a family and will do anything to fit in—even if it’s against the law. Soon she’s traveling the country in an RV stealing rare books from unsuspecting bookstores. If she refuses she’ll be put out on the streets.

Police officer Abby Dawson has seen the worst of society, and not just at work. Her ex-husband has wrested her daughter away from her in a bitter custody battle. The job she once loved has become a chore – the world isn’t safer, and there’s no joy in her life.

One night a man’s innocent blood changes Roxi and Abby forever. One searches for justice; the other finds herself on the run until a first edition of The Great Gatsby catches up with her. Will the power of forgiveness set them free, or will they both remain bound by guilt? 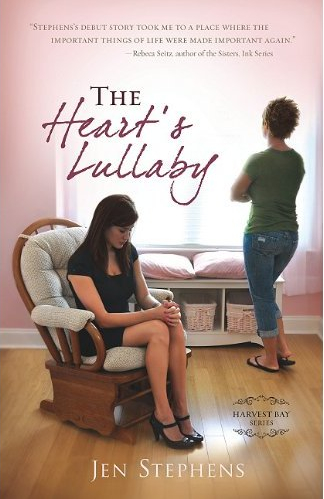 Jen Stephens’ second outing is due from Sheaf House in October. The Heart’s Lullaby, book number two in the Harvest Bay Series, is a sequel to Jen’s well-loved first release, The Heart’s Journey Home.

After two years of trying without success to have a baby, Elizabeth Truman learns that her husband may already be a father. While he spends time with the son he never knew he had, she becomes increasingly desperate to have a baby of her own. But a miscarriage causes her to question both her faith and the faithfulness of the Lord.

Amy Beauregard arrives in Harvest Bay with her ten-year-old son and the conviction that God has long since abandoned her. But while she picks up the pieces of her shattered life, things start to fall into place that she couldn’t have predicted.

With Christmas approaching, an unexpected visitor and a strange twist of fate remind both Elizabeth and Amy that even in the darkest times God is guiding His children, drawing them together in a way neither could have imagined. Will their renewed faith be strong enough to withstand another devastating blow—or will The Heart’s Lullaby be left unsung?