Treasures in the Darkness: Portrait of a Veteran

Olaf “Bud” Veath joined the USCG in June 1940, and received boot camp training at Ellis Island, New York. From August of that year until May of 1944, he served onboard the USCGC Ingham.

During WWII, the 327-ft. cutter escorted 17 U.S. convoys across the Atlantic Ocean, and in December 1942, sank a German U-boat (U-626) in the North Atlantic—the last U-boat loss to an American warship during the war. At the time of her decommissioning, the Ingham was the most decorated ship in the U.S. Coast Guard. 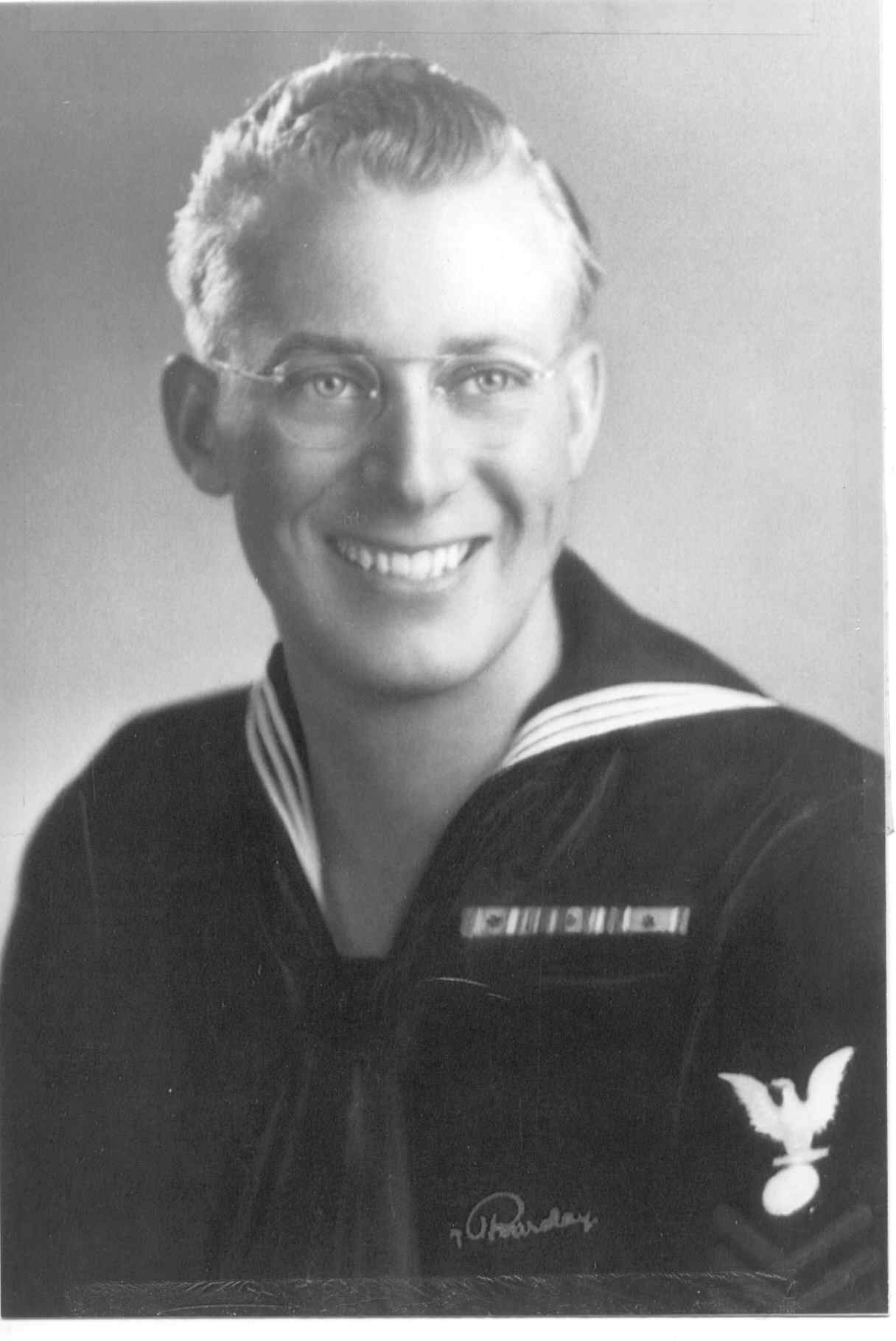 Treasures in the Darkness

There was no question about it. That “little voice” confirmed Isaiah 45:3 as my 2004 verse for the year. “I will give you the treasures of darkness, riches stored in secret places, so that you may know that I am the Lord.” My accompanying prayer was for the Lord to teach me how to find those treasures in the darkness, but I had no idea how He would answer that request as I journeyed through that year.

My mother and I had learned that my father had Alzheimer’s disease only a few months before I found that Bible verse. As a member of “The Greatest Generation” and a World War II Coast Guard veteran, Daddy was proud to have served his country for six years on convoy duty in the North Atlantic. He devoted much of his spare time to the American Legion, VFW, and INGHAM Association (his shipmates’ organization).

Daddy was strong, yet gentle; independent, but always concerned for others. He had an engaging smile, a great sense of humor, and a booming laugh. He was a rock for both my mother and me, and there was never any doubt how much he loved us. When Daddy developed Alzheimer’s, our world was shaken to its foundation. Thankfully, that foundation had always been Jesus Christ, and He gave us the grace, the strength, and the love to help Daddy fight the biggest battle of his life.

By the time a name had been placed on Daddy’s condition, he was beginning to show moderate signs of the disease. It affected his motor skills first. We would call him to come to the table at mealtime. He would smile and say “okay,” but just continue sitting in his recliner. Eventually, he would get up and come to the table. His response time became slower and slower as the days passed.

In January of 2004, the symptoms worsened, and Daddy could no longer get up on his own. Still, we counted our blessings. Neighbors came at a moment’s notice, people brought food or just stopped by to visit, and a friend who was a caregiver became available to help unexpectedly. I was able to rest in the assurance that others were helping my parents when I was unable to be there. And, since Daddy could barely walk, we did not worry about his wandering off, something many Alzheimer’s families fear.

Daddy finally reached the point where Mom could no longer care for him at home. And, in early March of that year, we made the painful decision to move him to the nursing home – a little over a year from the time we first heard “Alzheimer’s.” By this time, he didn’t fully comprehend what was going on around him. But Mom and I did, and it broke my heart as we drove him away from the home and farm he loved so dearly. Because Daddy had to leave his dog behind when he moved to the care center, I gave him a stuffed dog to be his companion. Arte comforted him when Mom and I could not.

As summer wore on, Daddy slipped further into the darkness of Alzheimer’s, continuing to lose more of his motor skills and gradually becoming more confused. We celebrated his 83rd birthday in September with a party at the care center attended by family, friends, residents, and staff, and of course his “pet dog” Artie. Daddy was “on” that day and had a grand time. However, by mid-October, he could no longer feed himself, and by early November he had to be reminded to chew and swallow. Watching Daddy disappear before our very eyes was painful for both Mom and me, but we were sustained by the Lord’s blessings each day.

Sunday, November 7, 2004, was like most Sundays. Mom and I visited with Daddy in the care center. He seemed so distant, yet when I asked him if he wanted me to read his Bible to him, he said “yes.” And as we prayed the Lord’s Prayer together, he was able to join in parts of it. And as Mom and I were leaving, we moved him into the hallway in his wheel chair so he could be with the other residents. I hugged him goodbye, and he said, “I love you, sweetie.” As I walked away, I turned and looked at him one more time. He raised his arm, gave me a beauty-queen wave with his hand, winked, and with a big grin on his face said, “Bye, honey.”

That evening a WWII buddy of Daddy’s who lived in another state called to ask about him. When I told Ted about our day, he asked me if I were prepared to give my father up. I told him, “If the nursing home would call me in the middle of the night and tell me Daddy had died in his sleep, I would be thankful because he would no longer be suffering the indignities of Alzheimer’s.” Ten hours later, at 5:15 a.m. November 8, 2004, I got the call. My father had gone home to be with the Lord in his sleep, just nine days before his and Mom’s 59th wedding anniversary.

My mother and I walked through the dark shadows of Daddy’s Alzheimer’s—and eventually the valley of the shadow of his death—hurting at our loss and shedding many tears. But our blessings were many, our memories precious, and our loving Lord walked with us through those dark days, enabling Mom and me to rejoice in the midst of our tears as we discovered all the treasures God had given us along the way.

One of those treasures was Daddy’s memorial service, held on Veteran’s Day. A beautiful and fitting tribute to a proud veteran who loved his family, his country, and, most of all, his God.