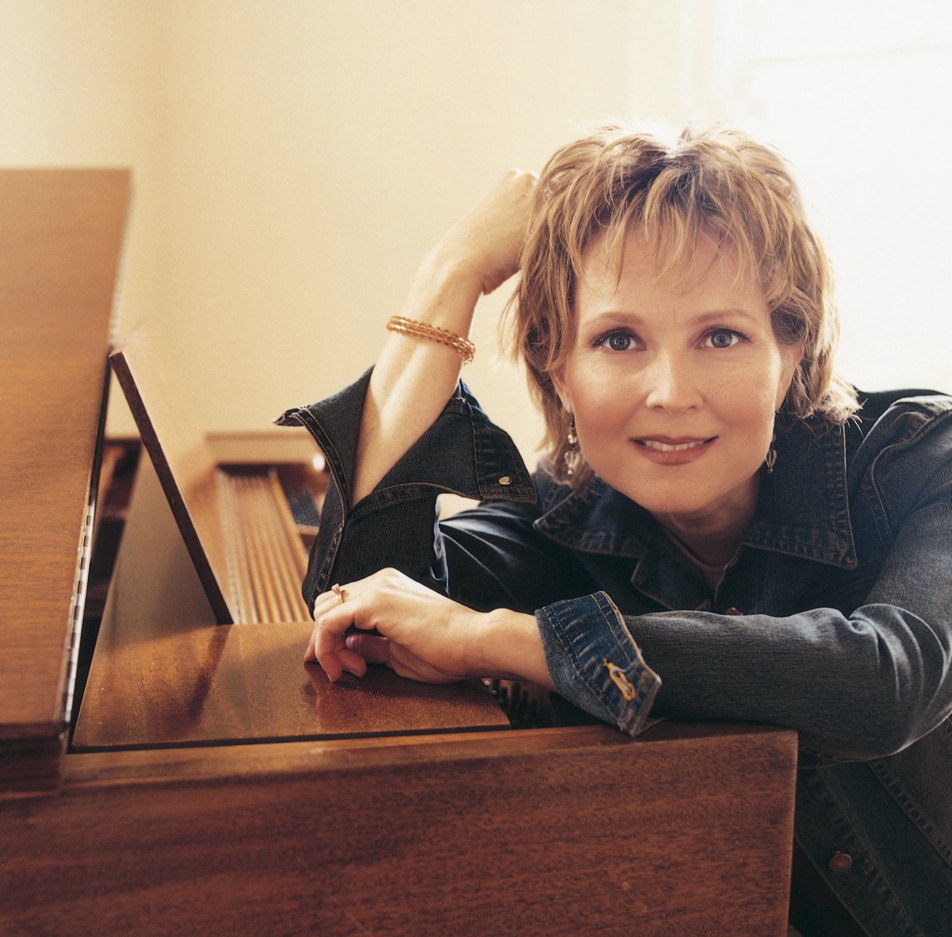 Twila Paris is one of Contemporary Christian music’s most prolific songwriters and renowned vocalists. She’s chalked up thirty-three Number One hits, numerous Dove Awards—including three for “Female Vocalist of the Year”—and more than 1.3 million albums sold in the course of her career. Now a home-schooling mom, she balances career with family, recently releasing her twenty-third album, God Shed His Grace—Songs of Truth & Freedom.

Paris is a life-long “patriot,” and her thirty-plus year career as a songwriter has been significantly influenced by current events and the ups and downs of American history. God Shed His Grace, a collection of old and new songs, is a self-described “love letter and prayer” for her country—a reminder for Christian Americans “to be truly salt and light in our culture for this moment in history.”

Twila, her husband and their son J.P. reside in Northwest Arkansas.

How old were you when you wrote your first song? Do you remember what inspired it?

I wrote a silly song with made up words when I was around three. Then when I was twelve, I wrote a very bad song in response to a piano assignment from my dad. The first song that I actually recorded was written when I was seventeen. It was called Morning Sunshine and was about spending time alone with God in the morning.

What’s the writing process like for you? Do you sit down with the intent to write, or wait for an idea? Do lyrics or music usually come first?

All of the above. I most often write at the piano, but many songs have come while I was doing something manual that keeps my mind somewhat free, such as washing dishes or cooking. I’ve written quite a bit in cars and planes as well. I have written lyrics first and music first, but the initial lyrics and music sometimes come together. 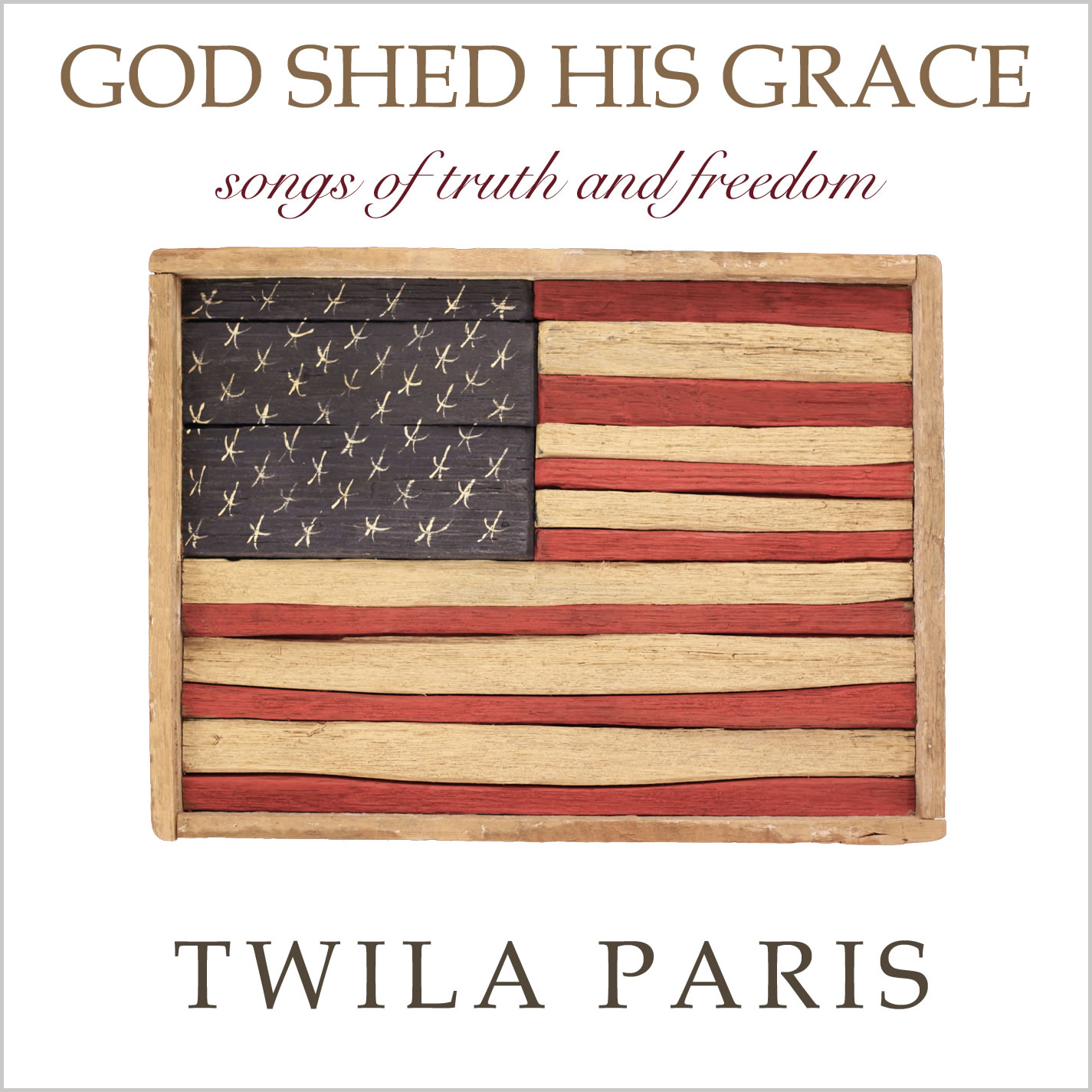 Let’s talk about your new CD, God Shed His Grace—Songs of Truth & Freedom (e-One Christian Music, February 28, 2012). Please tell us about it.

The best way I can describe it is “encouragement for Christian patriots.” I realized a couple of years ago that over time I had written quite a few songs with an eye towards current events from a Biblical world-view. So I selected several of those songs, along with a few that were originally written on a more personal level, and two recently recorded patriotic hymns. My hope is that when heard together in a new context, these songs will invite us to hear God about how we should be thinking, praying and acting in order to be truly salt and light in our culture for this moment in history.

Was there one particular event that was the catalyst for the project?

There was not one particular event. I was born in the last few days of 1958, so I have been a witness to the dramatic changes in our society in the last half century.

When I was in elementary school, we prayed together for lunch and the Bible was read over the intercom. Now many public schools don’t dare to have Christmas parties for fear of offending someone. This is just one example, but it is an important one because as Abraham Lincoln said, “the philosophy of the school rooms in one generation will be the philosophy of government in the next.” We see this coming true before our eyes and the pace of these changes only continue to accelerate.

America was founded on Biblical principles and until recent decades there was a common understanding that we are a Christian nation. This did not in any way conflict with the first amendment. Our collective Christian faith is the reason we have a first amendment. Patrick Henry made the case very well. “It cannot be emphasized too strongly or too often that this great nation was founded, not by religionists, but by Christians; not on religion, but on the gospel of Jesus Christ. For this very reason, peoples of other faiths have been afforded asylum, prosperity and freedom of worship here.”

Sadly, realitvely few voices have insisted loudly and repeatedly that we are a secular society until even some Christians have begun to believe that Christianity has no special place in our heritage. But it is our very foundation. The more we remove the place of honor it has occupied in our life, the more we decline as a nation.

We must once again realize that we have the moral authority of history and heritage behind us as we declare the real truth graciously but without compromise.

What one thing do you believe is most important to turning our nation around?

The most important thing is prayer. Without repentance and prayer for God’s mercy, our efforts will be fruitless. It is impossible to over emphasize God’s instructions in 2 Chronicles 7:14 – If my people, which are called by my name, shall humble themselves, and pray, and seek my face, and turn from their wicked ways; then will I hear from heaven, and will forgive their sin, and will heal their land.

Has God ever provided a detour in your life that turned out to be something positive?

When I graduated from high school, I turned down a full music scholarship to attend a school which offered an intense focus on discipleship. It was during this time that I began writing songs inspired by the work God was doing in my heart.

Grilled cheese sandwiches and tomato soup. It’s easy to make, tastes great, and is nostalgic because we had it so much growing up. I make a healthier version with goat cheddar and Spelt bread. It’s a Sunday night tradition.

This website features authors as well as musicians. What was the last GREAT book you read?

I’m currently reading Bonhoeffer by Eric Metaxas, one of my favorite authors. I also highly recommend his book Amazing Grace, the Story of William Wilberforce. Both of these books have great application for our time.

Definitely the girl next door.

My first dog was a mutt named Niña, rescued from the side of the road. She was very sweet and gentle and sometimes understood me better than anyone.

Thank you, Twila! It’s an honor to have you as a guest at DivineDetour.

For more information about Twila and her music, visit her website at www.twilaparis.com.

To purchase God Shed His Grace—Songs of Truth & Freedom logon to: