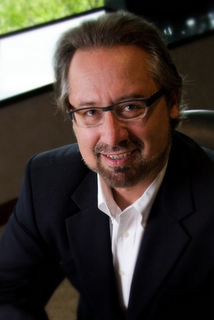 Mark “M.K.” Gilroy is a thirty-year publishing veteran, but he makes his debut as a novelist this month. Having worked in just about every aspect of the industry—from proofreader and occasional box packer in the early years to executive vice president and publisher most recently—he has a comprehensive knowledge of the business.

Mark has been a voracious reader since childhood, and his debut, Cuts Like a Knife, is a tribute to his love for character-driven mysteries and thrillers. It’s the first in his Detective Kristen Connor series.

The father of six, he and his wife Amy live in Brentwood, Tennessee.

You’ve worked in almost every aspect of the publishing industry. What was your first job in the business?

When I was in college I started writing and editing for the school newspaper. My junior year I applied for an internship with a small local newspaper with a circulation of about fifty thousand people at the time—the Kankakee (Illinois) Journal. I got the position and started getting paid at the age of twenty. My first job was to go to the office on Friday nights and take phone calls from high school football coaches. The sports editor, Bill Green, let me know what was the featured game and I would write ten to twelve inches of newspaper copy on that game. The others got two to three inches of newspaper copy. I got to where I could make it sound like I was at all twenty to thirty games I wrote up!

Have you always wanted to write?

I always wanted to read—in fact I would get in trouble in elementary school because I would read a book under my desk instead of doing the work the teacher assigned. I think I wanted to write too—but that was work and my work ethic came a little later in life.

Much of my thirty-plus years in publishing has been with Christian publishing so my faith has had a very active role in every aspect of what I’m done from acquisitions to writing to editing to distribution and everything else. Another category I’ve done a lot of work in has been the business category. Most of the authors I’ve worked with have had a business ethic based on Christian values even if the book hasn’t been specifically Christian.

I became a Christian late in my teen years and soon after felt a call to ministry. I had a Biblical Literature degree in college but my sophomore year pursued a second major in Journalism. Within a few years it became obvious that those two degrees would converge to move me from plans to be a local church minister to focusing on the world of publishing. I did work as a youth pastor in a local church and was in youth work full time or as a volunteer for many years, but where I felt I could best contribute to the Church and Kingdom was through publishing. 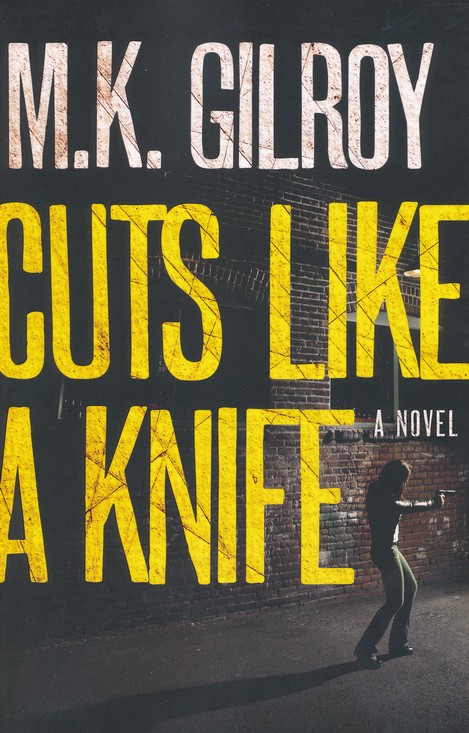 Let’s talk about your new novel Cuts Like a Knife (Worthy Press, April 2012). Please tell us about it.

The star of my novel is Detective Kristen Conner. She followed her dad’s footsteps as a cop for the Chicago Police Department. Her life is centered on faith and family—even if she constantly fights with her mom and two sisters. And her partner and boss . . .  okay she has a bit of an anger problem. There’s good reason but I’ll let readers discover that for themselves.

She does coach her niece’s seven-year-old soccer team and as a former soccer star and a real workout warrior, even something that innocent and nice gets her into trouble. I guess you could call Kirsten a delightful, graceful and grace-filled “mess.”

The book opens with the FBI alerting the CPD that a nationwide serial killer has taken up residence in their city. The killer likes to find his victims in a certain setting so Conner is put under cover. She fits the profile of the killer’s victims. As she follows a few tenuous clues to get closer to the killer there comes a point when she realizes she is his new favorite target. So there is a lot of tension; lots of twists and turns in the plot. Even though the killer is on a brutal crime spree there is also lots of humor woven throughout the story. I’ve been told there are a lot of laugh aloud scenes.

One thing that is unique about Cuts Like a Knife is that, though the book is told from Kristen’s perspective, there are short chapters interspersed where the reader gets to hear from the mind of a killer.

I’ll just add that even though it gets scary and eerie I’ve left the violence off screen—so even if you have a good idea what happened before a crime scene and a little creeped out by the killer, you aren’t dragged through bloody details!

Where did you get the idea for the book?

I’ve read in a wide range of categories, but my bedtime pleasure reading has tended to be fiction, especially mystery and suspense. I think I’ve read so many hundreds of titles from that genre that I finally decided to try my hand at it. I didn’t have an outline in front of me, but I had a lead character, a criminal, and an ending in mind. From there the book just flowed.

One of my inspirations was to write a general market suspense thriller—but to make the star of the show a person of faith and convictions. Reviewers from both the Christian and general market are taking note and giving it very high marks. So I hope I’ve come close to meeting my goal.

When will the second book in the series be released?

Every Breath You Take (another 80’s hit song title) will release early in 2013. I’m just about finished and my publisher is anxiously awaiting a manuscript—I’m a couple weeks late and it’s time to finish my final edit! I have a few ideas for book three, but no title and no writing yet.

From a publisher’s perspective, what’s the most important quality a writer should have?

I’m not sure there is a singular quality that makes a great writer. I’ve worked with hundreds of authors and they come in all shapes, sizes, experiences, personality types, and anything else that makes us different as humans. The two words that we in publishing use to describe a good book proposal are unique and compelling. So I guess what a writer needs to have is something to say that is unique and compelling. Where each author gets that inspiration is a mystery between them and God!

You said this would be a fun question—and I’m trying to lose a few pounds. So now you have me thinking about what I’m trying to do without! I guess when it comes to guilty pleasures with food it would be a big breakfast with too much of everything except oatmeal. Bacon, eggs, pancakes, biscuits and gravy—I could eat that any time of day.

Kathy—when do the fun questions start? No—I have very little musical talent. I sing in the shower and a little off key at church. My talent is enjoying an eclectic mix of musical styles. I wrote what Detective Kristen Conner likes to listen to into the storyline. My editor was confused. So what does she like—is it contemporary jazz or 80’s hits or Motown or whatever? The answer, of course, is yes.

I’ve started rereading Volume I of Gibbons’ Rise and Fall of the Roman Empire—which is just incredible classic history. I have to admit it is a long term commitment and will take me most of the next year to work through a couple of the volumes. I got interested in George Martins’ Game of Thrones series and read all five books very quickly. He’s been compared to Tolkien. I don’t think he comes close to him and his books are definitely not as inspiring—but he is incredibly talented and has built some wondrous worlds. Graham Greene’s The Sound and the Fury is now at the top of my nightstand stack. As soon as anything new comes from Daniel Silva or Lee Child they go to the front of the list.

My sense of humor can be a little juvenile so maybe I’m a child in an adult’s body. But my wife still thinks I’m romantic . . . so maybe I’m a mix of all the above.

For twelve years we had a wonderful black and silver miniature schnauzer named Colby. He liked to take a stroll through our neighborhood every morning and became known as “the major” because he checked everything out to make sure all was okay. He suffered from diabetes and it grew progressively worse his last two years. So he passed away a couple years ago and it felt like a loss in the family. A new dog is being discussed but no decision has been made yet!

Thank you, Mark! It’s nice to have you as a guest at DivineDetour.

Thank you so much for interviewing me—loved your questions and enjoyed this!