We must never forget: Stars for Stripes Revisited 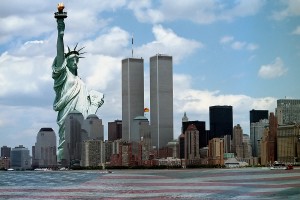 In memory of those who lost their lives on September 11, 2001, and in honor of those who defend our nation today, DivineDetour continues its military theme this week. May we never forget.

Founded in April 2001, Judy Seale International Inc., is an entertainment conglomerate. Its President/CEO, Judy Seale, has 30 years experience in the entertainment industry, from artist management to international festival and tour production. But Judy is also dedicated to a higher calling, that of providing entertainment for U.S. troops serving overseas.

What’s a typical day like when you’re on a military tour?

There really isn’t a “typical” day, it varies depending on whether or not the entertainers are musical, comedic, or sports. A typical day with a musical artist would be:

Bags out VERY early for musicians (like 5 a.m.!) so they can be palletized. Quick breakfast at the DFAC (dining facility) and then go to the flight line for processing. With any luck, we only sit there for two-three hours if our plane is on time. Usually we take advantage of that time to either sleep or sign autographs if there are troops waiting for flights in the same area. Since we don’t have a dedicated aircraft and have to hitch rides, there’s never any guarantee that the flight will arrive and depart as scheduled. We are at the bottom of the priority list when it comes to an emergency medical evacuation, movement of troops, etc. (as we should be). So, it’s a lot of “hurry up and wait.” Usually about a one hour flight on a C130 to the “main camp”—somewhere large enough that a C130 can land. Typically, we have two pallets of equipment/luggage, so taking helicopters isn’t an option.

Arrive at the Main Camp, download all the equipment/luggage and go to lodging. Lodging can be a tent, a building with bunk beds or cots, a trailer, or one of Saddam’s former places. We may have individual rooms at some of the larger camps, but in the early days and even now at some of the remote camps, we all sleep in one tent. Rarely is there a bathroom IN the building where we sleep. Usually, it’s a hike to the latrines for toilets and showers.

Depending upon our arrival time, first thing on the agenda could be lunch at the DFAC. Immediately afterwards, the sound techs begin setting up the stage and if the entertainer has agreed to do acoustic FOB hops, then the entertainer, a couple of musicians and I take Blackhawks to a remote FOB. FOB stands for Forward Operating Base and those guys/gals rarely receive celebrity entertainment. That’s usually a 30-60 minute flight. We quickly set up an acoustic PA, perform for 30 minutes, sign autographs, and take photos for about an hour, then chopper back to the main camp. Upon returning to the main camp, there is a quick sound check and then dinner at the DFAC.

We usually do interviews just prior to show time, and shows usually run about 75-90 minutes in length. As soon as the show finishes, the entertainer signs every autograph and takes individual photos with each person in line. That usually brings us to midnight where there is an option for midnight chow or a visit to the MWR center to check email and make phone calls home. When FOB hops aren’t an option, we visit hospitals and the troops on the base that won’t be able to attend the concert that evening. 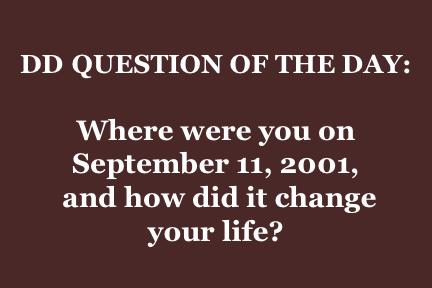 Since I always have more email to answer than anyone else, I usually take a shower at around 2 a.m., get in bed by 3 a.m. and back up at 5 or 6 a.m. Everyone learns to be “military” early on in the tour—eat when there is food even if you’re not hungry, sleep anywhere you can—especially on aircraft, and never pass up a toilet even if you don’t need to “go.” All this said, because you never know when you’ll have access to any of those three things again.

It sounds like a hard tour, but when you consider that we are in country for seven days and our troops are deployed for 12 to 18 months—and many of them on their fifth or sixth deployment—no one whines! Also, our lodging and hospitality extended is equivalent to a visiting general and much different from the conditions for our troops.

What drives your sacrificial efforts on behalf of our troops?

Honestly, all it takes is one email from someone in the military who met me or saw the show or from a family member of someone serving at an area where we visited. That is what inspires me to want to do more. It’s embarrassing when the troops thank us for visiting (and they always do!), because our sacrifice is so insignificant when compared to what they are doing for all Americans in defending our freedoms. How could I ever do enough to even begin repayment to them or their families?

You also facilitate international festivals and concert tours. What’s the funniest thing that has happened to you on one of your international tours?

Oh, wow. I could write a book but most of the things can’t be printed. : )   The Bellamy Brothers were confirmed to perform on New Year’s Eve 1999 in Interlaken, Switzerland. Everyone was a bit uptight about the whole Y-2-K thing for the Millennium. We booked the date so that we arrived several days early and stayed over for a couple of days. David Bellamy’s wife had the “brilliant” idea that we should take the dog sleds down the Igor (largest mountain in the Jungfrau Alps). Unfortunately, the dogs had supposedly already been put up for the winter. Our promoter offered a sled ride down the Alps instead and provided us with a volunteer as a guide. I was thinking it would be a nice, scenic 20-minute slide down a slope.

We took a train halfway up the Igor and our guide gave us each four slats of wood with metal runners—no rope, no brakes, nothing. David was trying to find duct tape to put two sleds together to accommodate his “bottom.” He was sitting at the top of the slope trying to get a feel for how to handle the sled when some lady from Germany got frustrated that he was blocking her route and ran up behind him and shoved him. He was barreling down the mountain out of control when he saw me in front of him, slowly easing my way down. He rolled off his sled but the sled clipped my wrist which resulted in a painful knot and swelling. It was a brutal descent down the Igor—hairpin turns and at times crossing the slope where skiers were flying down the mountain.

At one point, Howard Bellamy couldn’t make a turn and rolled off his sled. The sled kept going, went over a cliff, and hung in a tree! It took us a couple of hours to make our way down—with me walking in waist deep snow and carrying my sled when I could! Since we weren’t prepared for this type of adventure, everyone was wearing jeans or sweat pants. Snow went up our pants legs and froze. When we finally got on the train to go back to Interlaken, we basically “melted” in the warm train car and flooded the floor. As we were walking back to the hotel, we saw the dog sleds in the city square. They had been brought down for free rides for the tourists! Everyone purchased bath salts and soaked, but we were all stiff and bruised for weeks. Looking back, it was pretty funny but not so much at the time.  : ) 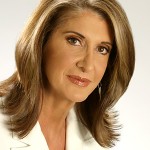 You are tenured in the music business. What advice would you give young singers and songwriters who are looking for their first break?

If I quoted my mentor Minnie Pearl, it would be, “Don’t do it unless you are willing to give up everything to succeed—love, family, everything to follow your dream.” I wouldn’t trade my life with anyone’s, but there have been sacrifices. I think it’s important to always have a “Plan B” and be willing to take a risk to attain your dream. Positive thinking and trying not to use the word no, but instead saying, “Let me see what I can do” in answer to difficult tasks has always been good advice.

For the first part of Judy’s interview with DivineDetour, logon to https://kathyharrisbooks.com/?p=446.

For more information about Stars for Stripes, visit http://www.starsforstripes.com/.