In 2005, Building 429 won the Gospel Music Association’s New Artist of the Year, along with three additional nominations. Since that time, the group has become a household name and powerful force in Contemporary Christian Music, releasing several albums and accumulating a long list of awards and accolades.

Live the Journey is the group’s first album in three years, and one that is being called their most personal to date. The powerful music video for the first single, You Can, features military veteran Redmond Ramos, a former FMF Navy Corpsman.

Building 429 front man, Jason Roy, graciously agreed to an exclusive interview with Divine Detour to talk about the album.

When did you first realize that you wanted to make music your life’s work?

When I was younger I went to see a Third Day concert with my youth pastor and he really pointed out how I sounded and could sing like Mac Powell. He didn’t stop there with his encouragement, he drove me down that path. In fact a couple weeks later he bought me my first electric guitar, because my family couldn’t afford one. Then he really challenged me by saying, “Now take this gift that you have and share it with the world.”

At this point I guess I thought I was starting to figure out that music was something I was kind of good at when I was younger. But, I was from a small town and a small church; I assumed what I was doing wasn’t that great. I began writing songs about the struggle of my life, frustrations with my parents, religion, and all that kind of stuff. Once I moved to North Carolina from Texas, it seemed like people really started gravitating toward the songs.

In North Carlina I immediately hung out with all these college guys. They all loved the Lord, but they also all played the guitar. We started playing music together, and all of a sudden we played our first show at this little place called “The Ark” in Wilmington, North Carolina. There were probably 15-20 people there. The next time we showed up there were 200 people, and then the next time there was 400 or 500. It’s really cool to see that the songs that we were writing were drawing people in, and people were excited about the Lord. But they were also excited about the songs we were writing about the Lord. We got to a place where we were really able to sell that place out almost anytime we played. I think that was my first taste of realizing, “Wow, people really do care about this music that I’m writing.”

It was a miracle when it happened (it probably shouldn’t have happened). At the same time, I have to be honest, I always had faith that this was going to happen someday. 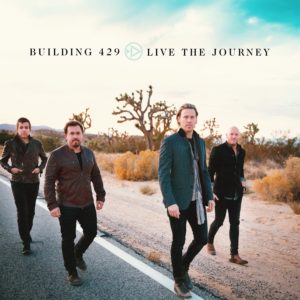 Your new album (Essential Records, September 2018) is entitled, Live the Journey. On your personal journey, have you ever experienced a Divine Detour—a God redirection to your path that blessed you even more than your original plan?

There are a lot of different moments in my life where I saw God show up and do miraculous things that helped me grow my faith. A complete detour was (when) I was an athlete and I felt like basketball was going to be my future. Then, I had this huge injury that ended my basketball playing days. While I spent twelve weeks getting over that, I dug into my guitar and wrote my heart and soul out in songs and ideas. Coming out of that, I realized that that’s what I wanted to do with my life. It completely redirected all my athletic focus into a focus on music and ministry through the guitar.

There have been a couple of times when working with people, even in business, where there have been detours. I remember a specific time when somebody stole some money from us. It was a large amount of money, $5,000 or $6,000. I remember being like, “Well, that’s it, we’re done! That’s the end of it.” It was the craziest thing. Someone in our small group heard about it, and they wrote us a check for $5,000 or $6,000. They said, “We believe so much in you that we’re willing to take our hard-earned money and make you whole, allow you to keep touring. Don’t stop.” I remember that being this big moment where I realized that God is for us. It took that great loss for me to understand how well-taken care of I would be. God would cover me when I was at a loss.

I’d say that was probably one of the biggest catalysts to Building 429. Truly launching and going all in was watching that great loss, but then the Lord saying, “Don’t worry about it, I’ve got you covered.” With that confidence, we went out, and traveled the country. We had a lot of courage to go do things that were crazy because we knew the Lord was with us. 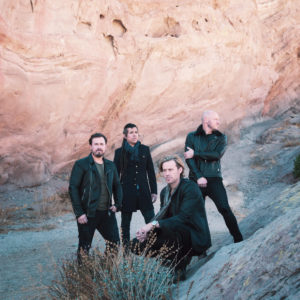 This album is a bit different than what you’ve done in the past. What was the catalyst for that?

Live the Journey is a very different record than anything we’ve done in the past, but I think the catalyst for that was exhaustion, and sometimes a little bit of desperation. I think that this record was made in a season of hoping and praying that God is going to keep moving. I’ve spent my entire career writing anthem songs of confidence, courage, and overcoming. But this record was probably the first time that I finally got super real and admitted there’s another side to that; which is the waiting on the miracle.

One of the things that I’m thankful for today that I probably wasn’t thankful for when I was younger, is I’m actually thankful for the moments that were so hard and when things didn’t go the way I wanted them to. Now when I encounter someone who’s going through such a difficult time, I’m able to say to them, “Hey, I understand this, I’ve been here, let me tell you about how God moved in my life.”

I think that kind of concept allowed us to make a much deeper record than we’ve ever made before. We would actually admit to the doubt and the fear. We would actually say, “Hey, it’s not all roses,” but also say with great confidence we move forward knowing who God is because we’ve seen Him move when we were at a complete loss.

Live the Journey is a record about recognizing we can all work our tails off and be focused on someday, but we’re not guaranteed someday. We’re given today. For me, my kids, and my wife, I really wanted to write a record that was very, very focused on the reality that today is a blessing. With this day, we’re going to remember the promises that the Lord has given us. We’re going to have assurance. We’re going to remember how He’s closer than we think He could ever be, and how the same God loves us today that loved us yesterday. He is never-changing, and we’re so thankful for that. There’s so many different concepts, but what it really comes down to is this recognition that today is the day that matters most, and we can have have confidence in today because of the past failures when God showed up and did the impossible.

You created devotional materials to accompany the music. How did that come about?

When you write a new, completely different style of record, and you write from a little bit different place… I’m hoping that our fanbase can understand where I’m coming from. The devotions really allowed me to dig in to a whole other level of what I was trying to say with this record. The devotionals were quite a challenge because I didn’t want to just do a three sentence “here’s a scripture of the day, think about this.” I actually wanted to write out some pretty deep concepts, and try to fully elaborate on what I was thinking. I think what I would say is that I’m thankful for that opportunity to elaborate. It’s cool that our fans will be able to go on that journey with us and see where those songs came from.

For me personally, my journey of faith is so much like the Israelites being completely delivered, seeing fire come down, and seeing the sea parted. Yet they still do stupid things. They still go make a golden calf statue. They still doubt God. Then, they still want to regress and go back to where they came from. I feel like my journey of faith is ongoing, and that I’m constantly working out this faith. I’m thankful for a God who is patient with me when I go through my seasons of doubt. I hate to admit it, but I feel like I read the stories of the Israelites as they wander through the desert, and I go, “These people are idiots!” Then I look in the mirror and I’m like, “Jason, you’re the same guy.”

When on tour, what comfort food from home do you miss the most? What’s your go-to road food?

This is being super transparent with you: I try to eat really, really well. My wife and I are heavily into fitness. We do a lot of crossfit, we do a lot of running, we do a lot of things like that because you have to when you start getting older. My Achilles heel when it comes to eating though is chips. I don’t know why, I just can not stop eating chips. They’re my favorite thing ever. But I’m not supposed to eat them.

That’s funny! I wouldn’t really know which one to pick, but it’s funny. I go to two things: number one, I go to the mythical warrior, that’s probably where I’d go. I’d follow that up by saying, “Are you the tall, dark stranger?” It’s one of those two guys because I tend to be drawn to the Batman-type character instead of Superman. So, mythical warrior or tall, dark stranger. I sound scary. I’m actually a really nice person though just so you know