Carole Towriss ~ By the Waters of Kadesh 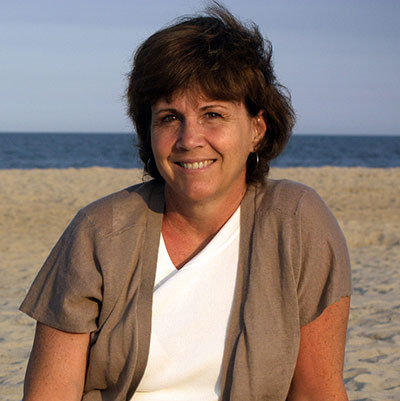 Carole Towriss was born and raised in San Diego, California, with a legacy of faith passed down from her mother and grandmother. Carole majored in English Education at Oral Roberts University and later taught English, before deciding to stay home to begin a family.

She and her husband, John, have four children—biological and adopted internationally. They make their home outside Washington, DC, which she describes as ‘a perfect place for a multicultural family.’

What sparked your love of Biblical fiction?

As a young girl, I read Lloyd Douglas’ The Robe and its sequel The Big Fisherman, and I was hooked. Seeing what happened (or could have) to the Roman soldier who held Jesus’s robe at His crucifixion was fascinating!

After The Robe, I read all the Biblical fiction I could find. The idea of taking a character mentioned only a few times and making up a life and history for that person, while remaining true to the Scriptures, is irresistible to me.

Detours in life can be frustrating—kind of like plot twists in the stories we write—but the outcome is often better than our original plan. Can you tell us about a “detour” in your life that turned out to be “divine”?

My husband and I started trying to have children when we’d been married about two years. We tried everything, and finally got pregnant with lots of medical help eight years later. It was a painful and exhausting journey. We have since adopted three children from Kazakhstan. We have four kids who share not a shred of DNA! It’s loud and crazy and chaotic most of the time, but we love it, and it’s taught us a lot about trust, and God’s timing, and His plans for our life. 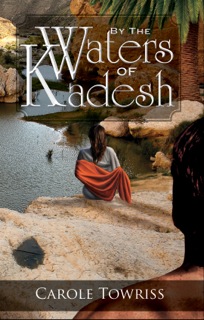 Let’s talk about your new book, By the Waters of Kadesh (DeWard Publishing, November 2013). Please tell us about it.

Kamose, once Egypt’s most trusted soldier, no longer has a country to serve or king to protect. Moses insists God has a plan for him, but Kamose is not so sure. Tirzah’s cruel husband died shortly after they left Egypt. She escaped his brutality, but now she’s alone, and once they reach their new land, how will she survive? Gaddiel, Tirzah’s brother-in-law, is chosen as one of the twelve spies sent to scout out Canaan. He’s supposed to go in, get information, and come back, but all he really wants is to bring down Joshua.

Kadesh is the sequel to In the Shadow of Sinai, which came out last November. It’s the story of the twelve spies who scouted out Canaan for Moses—one in particular who came back and said that the land could not be taken. I wanted to explore what would make them say that in the face of God’s explicit promises. The characters from Sinai are also there, and of course, there’s a love story…

For a long time, I really wasn’t sure where this book was going. The ending wasn’t clear. I had to keep writing to see what was going to happen. Obviously I knew the Bible story, but not what happened to the individual characters I had created. One lesson that they—and I—learned along the way is that it’s far better to follow God even when the task is really hard, even when you don’t want to, than to fight Him over it and try to go your own way.

Chocolate. I think almost all writers love chocolate, which isn’t good when your job involves sitting for long periods of time! And tacos. I grew up two miles north of the Mexican border so I love any kind of Mexican food.

Absolutely not! I sometimes sing with the worship team at my church, but only when I am surrounded but many much more talented individuals.

The girl next door. In dark glasses if possible. I like to be in the background, unnoticed.

Growing up I had two German Shepherds. I’d love a big dog, like a Siberian husky. I think they’re gorgeous. My husband does not really like pets (his only flaw), but somehow my oldest talked him into a small cat. She’s now at college, and so the kitty is mine!

Thank you, Carole! It’s nice to have you as a guest at DivineDetour.

To purchase By the Waters of Kadesh, logon to: