Don Furr has taken a number of paths in his life, from avid fixed-wing and helicopter pilot, to music minister, teacher, and CEO. But he says writing has been one of his ‘most rewarding and emotional journeys’ so far. Now, after thirteen years of writing, editing, and revising, Don’s debut novel, Quest for the Nail Prints, has been released (Sheaf House, March 1, 2011).

Don and his wife Karen live in Tennessee. They have three children and three grandchildren. 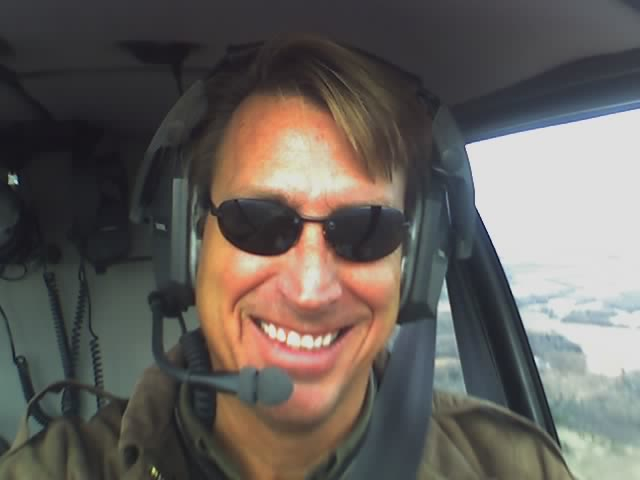 When did you begin writing?

I started writing in 1996 at the age of 41 after reading Left Behind. It was such an emotional journey that I had to see if I could reach readers with the same intensity as Jerry Jenkins did.

Your debut novel, Quest for the Nail Prints (Sheaf House, March 2011), took a number of years to complete. Who or what provided the incentive to keep going?

It became an outlet . . . a place where I could go and spend time with Jesus. It was truly a solace. My wife also encouraged me to write. She said she loved the person I became when I wrote.

Faith is everything. In my opinion, without faith why write at all?

Absolutely. I believe it happens to God’s people all the time. Setbacks are almost always God’s intervention in disguise. 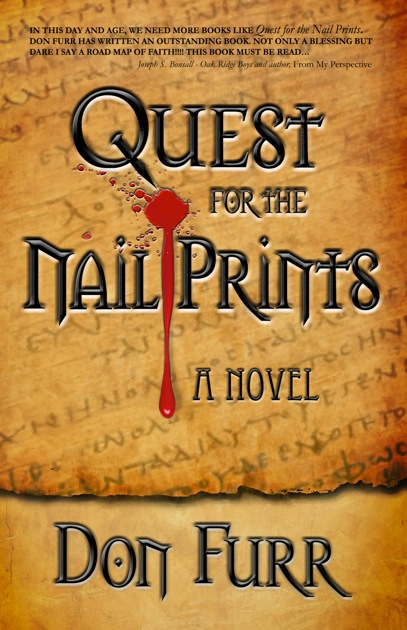 Please tell us about the book.

The story Quest for the Nail Prints is literally my #1 dream . . . to spend time with Jesus without having to experience death to do so. It is the story of three ordinary people chosen by God for an extraordinary experience, one so amazing, even they have a hard time believing that it is real.

Through unrelated circumstances, Dr. Elizabeth Stewart, Reverend Paul Ryann, and Professor Leonardo Van Eaton find themselves sharing a journey to the Holy Lands. Three-quarters of the way though they have no idea that God has specially orchestrated the adventure that will take place there.

Their first adventure in Jerusalem brings them nose-to-nose with the barrel of an angry Israeli soldier’s Uzi. The soldier and his cohort are brutally harassing a young Arab girl when Paul happens to catch it on videotape. Realizing they have been caught, the soldiers chase the three men through the crowded streets of Jerusalem and eventually into a deserted warehouse, though once inside they find much more than a hiding place. When they emerge, they find they have somehow traveled back almost two thousand years and are about to come face to face with the rugged, radical Nazarene known throughout the region as Jesus of Nazareth.

This is the story of how a personal encounter with the living Christ in His time changes the lives of these three men forever.

Where did you get the idea for it?

Time travel is something that has intrigued me since I was a kid. The movies, The Final Countdown, The Time Tunnel TV series and, of course, Back to the Future, were some of my most favorite shows. Coupling time travel with my faith was simply a natural progression of the thought of spending time with Jesus in His time.

Besides providing entertainment, what is the one thing you hope readers will take away from your story?

The desire to have a more intimate relationship with Jesus.

There’s something unusual about the physical aspect of the book. Please tell us about it.

Ah, yes, the hole! The idea of the nail hole all the way through the book surfaced during the first draft. From the very start, I knew the part the nails would play. From there, the process simply took its natural course. The idea quickly flourished into the nail prints marking every page, much in the same way I picture the nails touching every page of our lives. It only made sense that they should touch every page of the story.

Funny you should ask. One afternoon while I was writing, the words were coming at an unbelievable rate. I kept thinking, this isn’t me, it takes hours to grind out this kind of stuff! Where are these words coming from? Well, lo and behold, after considering what was different than usual, I realized that I was drinking a Canada Dry Ginger Ale (with real Ginger of course) so I assumed that had something to do with it. Well, I tried it again and it seemed to have the same effect . . . so needless to say, this is my favorite writing drink!

Yes. I was a minister of music for ten years and have been a church soloist for more than 30 years.

Thank you, Don! It’s nice to have you as a guest at DivineDetour.

For additional information about Quest for the Nail Prints visit Don’s Facebook page at http://www.facebook.com/pages/Quest-for-the-Nail-Prints-by-Don-Furr/161593430534165

To order Quest for the Nail Prints, logon to: