Jason Gray ~ A Way to See in the Dark 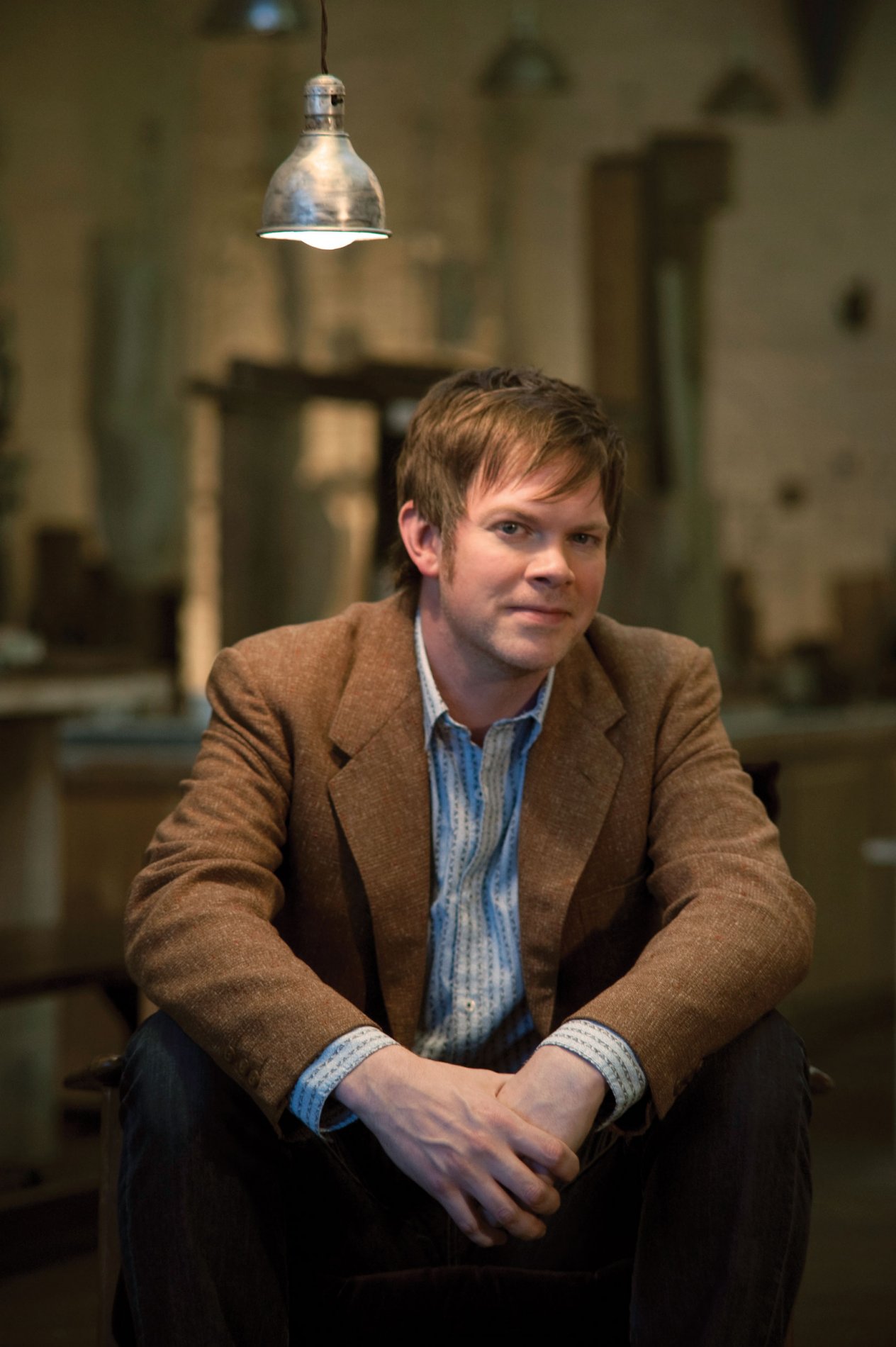 Contemporary Christian singer-songwriter Jason Gray is a man of dichotomies. Outspoken, yet humble. Creatively explosive, yet understated. Passionate… and well, passionate. The same goes for his music.

This week, Jason released, A Way to See in the Dark, his third —and highly anticipated—studio album since signing with Centricity Music in 2006. More Like Falling in Love, a single from his last project, received a 2011 ASCAP Performance Award. And the first single from this project, Remind Me Who I Am, with it’s infectious chorus, may be quickly following in its tracks.

Based on the graphics for your website—and listening to your song lyrics—it appears that you are an “analytical” kind of guy. When did you first realize that you wanted to pursue a “creative” career in music?

Yeah, I guess you could say that I’m a “thinker.” But I’m a “feeler” too, and I suppose that’s one of my distinctives as an artist—I try to bridge those two things. I like the idea of keeping the heart and mind connected to each other, it’s good for those two to stay in conversation together : -)

It’s also probably a part of my neurosis, too, where I’m forever suspicious of emotions and the way they can carry us away. But the cool intellectualizing of things can easily become a way of hiding, a defense to protect our hearts. So there is a tension between the two, and it’s a tension that makes some people uncomfortable because it requires discomfort. It probably hinders my career in some ways—sometimes I wish I could just give the people what they want and write a big ol’ bubble gum pop song—but I think it’s good for us, and I try to strike a balance between offering thoughtful lyrics that are still accessible and musically infectious. I’m not sure if I succeed, but that’s the aim anyway.

I’ve had a sense that music was what I was put on earth to do since I was a little boy. I grew up on the road with my mom’s bar band when I was a little boy so I was always around music. But I never had dreams of glory like my friends who wanted to be rock stars. I was into Simon & Garfunkel and people like that, so it was always the heart connection that fascinated me—the power that music has to heal and to give meaning. Music is a holy kind of magic, and I’m grateful to participate in its ministrations in my own modest way.

At what point did you come to understand that music was also God’s calling for your life?

Hard to explain, but I think I always knew it… even when I was more into Duran Duran than I was Keith Green.

I remember a time I was driving home from school when I was sixteen. I was living in an abusive home situation, so things at home were bad. And because things at home were bad, things at school were bad. And to top it off, my girlfriend had just broken up with me. I was driving home and crying, begging God for comfort. At some point a thought occurred to me and I wondered: “Everybody goes to God when they’re hurting, but who does God go to? Who can He go to when His heart is broken?”

So in a grand moment of presumption and naiveté I prayed, “Lord, I want you to know that if you ever need to talk with someone, I’d like to be there for you. You can talk to me.”

And the thing is, I believe He has! I believe He has broken my heart with things that break His heart, and I am convinced that all of my ministry, every song I’ve written, is on account of that prayer all those years ago, as corny as it may sound.

Well, I may be in the middle of one right now…. But yes, always. That’s kind of how it works, isn’t it? I suppose I don’t know if these detours are sure to be positive—I’m not sure that’s a given—but I believe each of them has in it the potential to be redeemed so long as, by God’s grace, we resist bitterness and instead invite him into these moments.

This is a theme in my ministry and of the new record, too. I believe that one of the great hopes of Christianity is that nothing is wasted. The worst that hell throws our way to destroy our lives is transformed in the hands of God into something that He can use to build His kingdom. It’s our wounds that equip us to be healers, so long as we aren’t swallowed up in them and surrender our hearts to anger and bitterness.

There’s a song about this on the record called “Nothing Is Wasted” that goes like this:

It’s in the deepest wounds

That beauty finds a place to bloom

And you will see before the end

That every broken piece is

Gathered in the heart of Jesus

And what’s lost will be found again

In the hands of our Redeemer nothing is wasted

I believe this is true. I have to.

You bring both humor and deep introspection to your songs, as well as your performances. Your live album is a wonderful example of this. What key events and/or epiphanies in your life shaped who you are as an artist?

Oh wow… how do I answer that… I suppose everything. Like I said, nothing is wasted : -)

I will mention that I was a part of a band in the mid-90’s called The Divers that was like a Lutheran version of the Barenaked Ladies. It was a fun band that leaned heavily on comedy and it was my time with them that really helped me understand the way that humor has a way of opening a person’s heart and putting them at ease. It actually makes it easier to delve deeper into the scary stuff, like fear and shame, if you can laugh together first.

All my years paying my dues played a part in this, too. I’ve been at this a long time, and for years I’ve played to audiences who didn’t know who I was and probably didn’t care. I learned early on that if you can keep them laughing, then they won’t go home early. 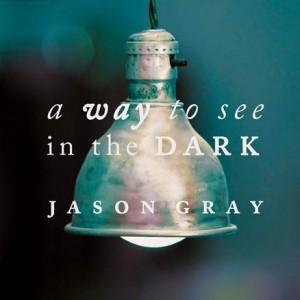 I released myself from writing around a particular theme and instead just wrote whatever presented itself in my heart and mind to be written. The themes that emerged after the fact have a lot to do with fear, shame, and the power of identity, understanding the place we occupy in God’s heart.

I know that sounds pretty heavy, but I think the album has a buoyancy and a fun factor that makes the medicine go down pretty easy. I’d like to think that it’s substantial without being heavy.

How many of the songs did you write for the project? What was the inspiration for the debut single, Remind Me Who I Am?

I wrote or co-wrote all of the songs. I’m blessed to have access to some of my favorite songwriters and I love to collaborate. It’s more fun to write a song with a friend than to write it by myself. You have someone to high-five at the end.

Remind Me Who I Am was born out of several conversations with my mentor about why we sin and what our sense of identity has to do with that. If you look at the consequence of sin entering the world in Genesis three—where the ground is cursed and we eat by the sweat of our brow, contending with weeds and thistles, our efforts never producing what it should—it’s not hard to see that the curse is this sense of futility, that no matter what we do it feels like it’s never enough, that no matter what we do, we’re never enough.

Sin begins to look like this thing we do to try to assure ourselves of our worth—whether it’s pride (an overcompensation for inadequacy), materialism (demonstrating my worth by what I have), pornography (a fantasy world one enters into to imagine being desired with no risk of rejection), or even workaholism (if I just work hard enough I can prove to others and myself that I have worth!).

I believe that the antidote for all of these things is being reminded of who we really are: beloved children, chosen and holy, adopted, the bride and treasure of Christ. As we learn to run to Christ to be assured of our worth, all these other things look like shabby substitutes.

Coffee. It is a sanctioned addiction. They even serve it in church!

I’m probably a minor chord, but not in a sad song—hopefully in a heartbreakingly joyful song.

What was the last GREAT book you’ve read?

So glad you asked! I’m in the middle of one of the most amazing books I’ve read in a long time. It’s actually three books in one—a compendium of three of Walter Wangern’s most beloved books gathered in one volume called This Earthly Pilgrimage. I’m in book three called Miz Lil and The Chronicles of Grace and it’s one of the bravest and most beautiful things I’ve read in a long time. It is a series of stories of Wangerin’s encounters with Grace throughout his life including his years as the pastor of a modest inner city church in Chicago. Every chapter has moved me to tears with its beauty. I can’t recommend it enough.

Incidentally, this volume includes his book called The Ragman that features a piece he wrote called “An Advent Monologue” that inspired one of the best songs I think I’ve ever written, I Will Find A Way—a track on the new record.

I imagine myself as the romantic lead, but sometimes I can only play the roles I’m given to play either by God or those around me. I can say my lines, but those around me will experience them differently depending on the role they allow me play. It appears that I’m at their mercy in that regard.

With a mysterious answer like that, maybe that makes you think I’m more the tall, dark stranger….

I’m a dog lover. Please tell us about your pets, if any, and/or your favorite pet from the past.

Alas, all of our pets have passed on. We have a seven-year-old now named Gus instead.

Thank you, Jason! It’s great to have you as a guest at DivineDetour!

To view the Remind Me Who I Am music video, logon on to http://www.youtube.com/watch?v=QSIVjjY8Ou8&amp;feature=player_embedded

To purchase Jason’s new CD, A Way to See in the Dark, logon to