Looking Back So We Can Look Forward 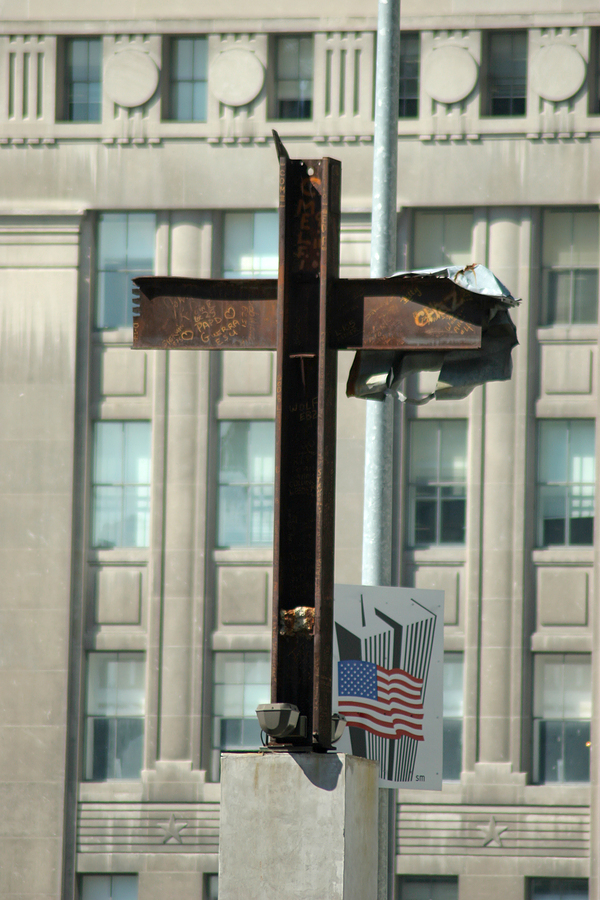 Ten years ago on September 11, 2001, our nation was attacked by terrorists with nearly 3000 people losing their lives at the World Trade Center (WTC), the Pentagon, and in a Shanksville, Pennsylvania field. A few days later, Alan Jackson mesmerized the country with his song, Where Were You (When the World Stopped Turning). No doubt if we were asked “where were you on that September day?” we would not only remember what we were doing but also the shock, anger, and fear we felt.

But, as in many tragedies, we reached out to each other in compassion and support, holding our loved ones more tightly. We became acutely aware of what our first responders were willing to sacrifice. We were proud to wave Old Glory in support of our nation and in remembrance of those who died. And as we gazed at the steel beam cross rising out of the WTC rubble—a symbol of hope and promise—we prayed to God, individually and as a nation, looking to Him for answers.

Now, in 2011, it’s time to ask “where are we ten years later?” Thousands of brave men and women have been killed or wounded in Afghanistan and Iraq as “the world heard from us” as promised, with justice finally being served in the recent death of Osama bin Laden. Memorials have been built and dedicated in remembrance of all those who died on or because of “that September day.” Lives have been slowly put back together. Many of the stories told by grieving family members and survivors have brought hope and inspiration to all who read them. And we still get goose bumps when we hear Daniel Rodriguez sing God Bless America.

Yet men and women continue to die in the war on terrorism. Human remains from the 9-11 attack are still being identified. Controversies abound—from a Muslim Community Center being built two blocks from Ground Zero to an effort to keep that steel beam cross out of the WTC memorial. Our nation is in an economic crisis of major proportions. And we are more politically divided than ever before. One has to wonder if we are still talking to or even listening to God.

So as we pause to look back and remember, we also look forward and ask “Where do we go from here?” Too often we answer that question by looking to governments and politicians, to man and our own efforts to direct us and give us what we think we need. And while that works to a degree, none of that brings the true direction and ultimate peace we are searching for.

So where do we go from here? It seems to me that the Apostle Peter’s answer in the following Scripture sends us to the only place that can fulfill our every need: From this time many of His disciples turned back and no longer followed Him. “You do not want to leave too, do you?” Jesus asked the Twelve. Simon Peter answered Him, “Lord, to whom shall we go? You have the words of eternal life, and we have believed and have come to know, that you are the Holy One of God.” (John 6:68-69)

No matter where we go in the next ten years and beyond—individually or as a nation—when we go to Jesus for His words of eternal life, we will find the direction, the peace, and the healing that this world can never provide.

May God bless our nation and draw us back to Him as we remember September 11, 2001.