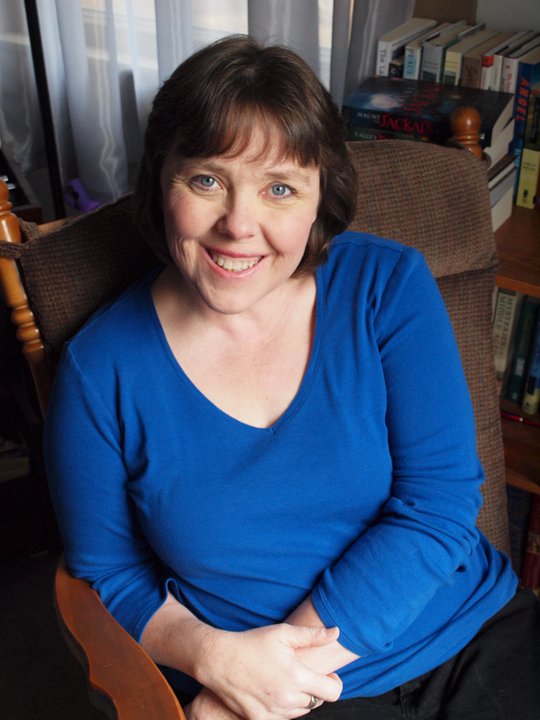 After earning degrees in Psychology and Biblical Studies from a small Christian college in Rhode Island, Lori Stanley Roeleveid worked at runaway shelters and with at-risk youth.

She currently works with families in crisis and focuses her writing “to inspire the wounded believer to join the ancient adventure, to encourage the faithful not to lose heart, and to engage the skeptic in a dialog about the perfect God who loves an imperfect church.”

She and her husband, Rob, are in their third decade of marriage and have two children.

In your bio, you refer to yourself as a part time dragon slayer. What kind of dragons have you been slaying lately?

The main dragon I’m seeking to slay these days is my self-consciousness. At 53, I’d like to be freer to focus on others, to take risks, and to serve in ways that in my younger days I wouldn’t because of insecurity. At some point in life, it can’t be about what I look like or what others think of me, it has to simply be about putting faith into practice and loving with reckless abandon.

God sometimes sends us down an unexpected path in life—one that ultimately blesses us more than our original plan. Have you experienced such a detour?

My life has been more detour than expected path! A recent curve ball happened in 2011. My husband had just survived a five-year battle with a rare kidney ailment and my youngest was due to graduate from homeschool so I expected to be able to focus on writing full-time. Due to a sudden change in circumstance, I had to seek full-time employment. I was offered a job interview immediately but I was angry about having to take it. The job was working with families in crisis. The team interviewing me said there was one thing that drove everyone away from taking the job: it required a lot of writing! As it turns out, God wanted me to use my writing skills to help families in extreme crisis. I never saw that coming. It is challenging work but rather than detract from my other writing, my day job really feeds my creativity. 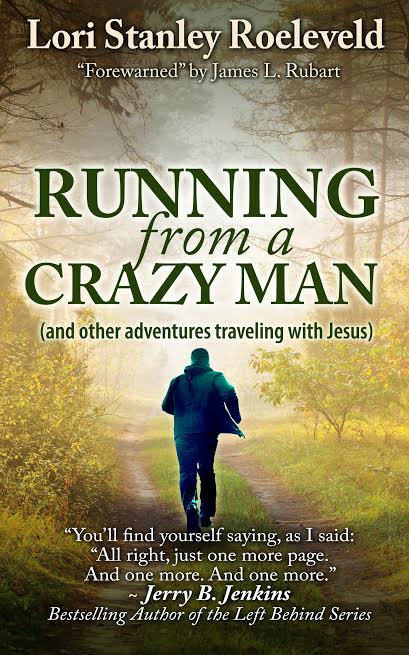 Let’s talk about the book, Running from a Crazy Man (Straight Street, December 2014). Please tell us about it and just WHO is the crazy man?.

David thought his life was headed in one straight direction—to the throne—when suddenly, all he was doing was running from King Saul. Saul’s the original crazy man but we all have something that interrupts our regularly scheduled programming and we wonder where God is in the middle of it. I believe God was with David in the caves as surely as He was with him when he wore the crown. My book is about following Jesus when it doesn’t make sense, when it’s challenging, and even when it feels like God has no concern at all for your comfort in this life. I’m praying it gives readers eyes to see Him in their time “in the caves.”

I learned how lazy I am and how much that gets in the way of what God wants to do in my life. I never realized how often I choose to do only things that come easily to me. There’s nothing easy about the writing life for writers who are trying to break in. There’s a lot of work, tons of rejection, and hours of solitude. I learned that there’s a lot of “quit” in me but I also learned how to lean on the Lord to overcome that quit and reform my lazy ways.

I would not want to live in a world without pizza. I love white pizza with feta cheese or sausage and green peppers. When I want homemade comfort, my mom cooks up a mean Shepherd’s Pie.

I have always been a singer as well as a guitarist (in high school also a clarinet and saxophone player). I’ve played in some wonderful worship bands. In fact, when I was pregnant with my daughter (now 21), she would get crazy active during rehearsals as I played my guitar against my growing baby bump. We called her the “be-bop baby.” I haven’t picked up the guitar, though, since taking my day job.

I’m the unlikely hero, the girl next door who suddenly finds herself, like Frodo, in a great adventure and finds her strength along the way.

We have two wonderful dogs right now. Finn is a black lab (he’s technically my son’s dog but really he’s mine.) Mojo is a rescue dog and he’s something of an Akita mix. He’s quirky (because of the abuse he suffered) but loyal and loving. He’s my daughter’s dog but we’re hoping he doesn’t leave when she does. My favorite pet was Spot, the black cat we had for sixteen years when my children were young. He had personality and attitude. I really miss that guy.

Thanks, Lori! It’s nice to have you as a guest at DivineDetour.

For more information about Lori, visit her website and popular blog.

To purchase Running from a Crazy Man, log on to: