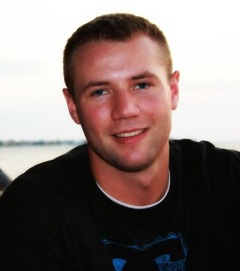 Michael Fear is the Founder and CEO of GetBetterToday.com, a popular news site for Christian Millennials.

Michael attended Morehead State University on a Division 1 baseball scholarship. As a four-year starter with MSU, he was named to the 2008 OVC All-Newcomer team and the 2007 Indiana North/South All Star Team. He began blogging in college and, after a series of personal detours, he felt God redirecting his work.

He and his wife, Brittany, were married in June of this year.

What led you to starting a Christian-based blog?

What most people don’t know is that GetBetterToday.com was originally a website where people could find a sports instructor near their location.

In college I started a blog, long before they were popular, and was surprisingly getting tons of a traffic—even though I didn’t know what I was doing. So writing was always in the back of my mind and a big part of what I felt my true calling was—teaching others about God.

But unfortunately, it took me awhile to make a change and turn GBT into the news media site it is today. In fact, I didn’t decide to make the change until the last few weeks of my grandpa’s (my mentor) life. Seeing his life come to an end made me realize I wasn’t invincible and pushed me to act on God’s calling.

Two weeks prior to my Grandpa’s death, I promised him I would tell the world what I learned during the last year of his life. GetBetterToday.com is Step 1 of that promise.

What is your primary mission?

We exist to help people see the world through a biblical lens. We want to help our readers understand that true satisfaction can only be found when God is the cornerstone of our life. 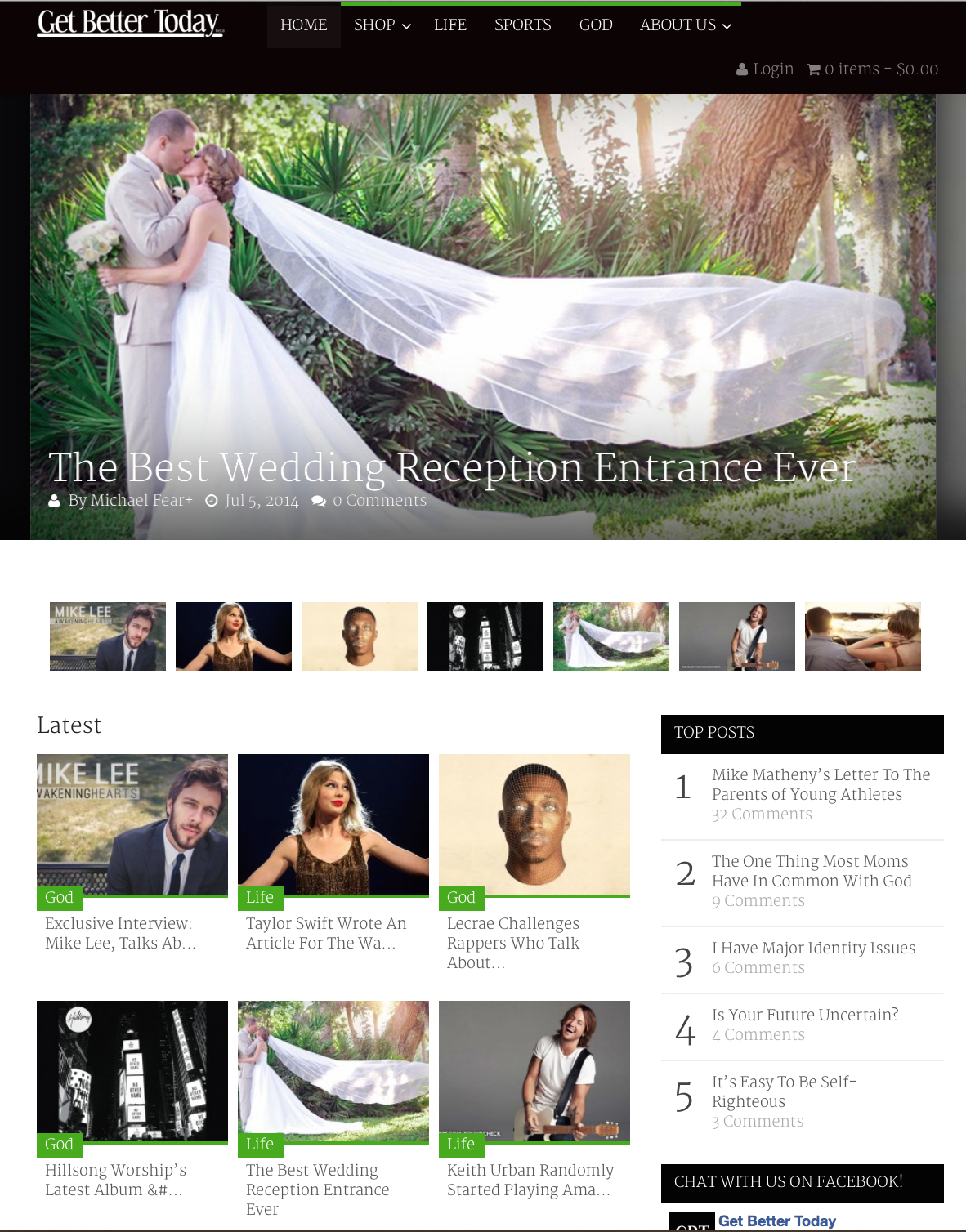 Who is your target audience? How important has social media been to reaching that audience?

The majority of our audience consists of 18-35 year olds from around the world. Our target is anyone who realizes there’s something missing in life apart from Jesus.

Social media has been absolutely vital. It’s where our audience is spending most of their time.

We always say, “We believe God can work through a smartphone, tweet or a Google Hangout. The platforms we use are constantly changing, but God is the same and is still in control.”

You’ve said that you like to ‘challenge the status quo.’ What does that mean to you?

For example, when we challenge the status quo on a topic like sex—we’re not just quoting scripture. We’re looking at how our world approaches sex, how that viewpoint isn’t working and how God created it to be something much better. That’s challenging the status-quo.

Let’s talk about GetBetterToday.com. How do you go about finding the stories you will feature? Do you also acquire original content?

I’d like to tell you we go through a big editorial process when choosing stories, but the truth is—we just look for interesting stories that we think our audience will love. We take pride in only posting the BEST content.

Our original content is created by either myself or our regular contributors from around the world. I personally write the majority of the opinion based articles on the site.

Detours can sometimes be better than our original plan, especially those that are God-sent. Have you ever experienced such a “Divine Detour”?

In the past three years, I’ve had more than one detour. I failed at a childhood dream to play professional baseball, my grandfather (like a second father-figure) died, I completely switched GetBetterToday.com and moved seventeen hours away from my hometown.

Yet, the entire time God was in control. He was good, even when it didn’t look like it. Failing in my baseball career and witnessing the last few weeks of my grandpa’s life—led me to Florida where I met my wife.

If I don’t fail at my childhood dream, I never meet my beautiful wife and GetBetterToday.com doesn’t exist.

Looking back, here’s what it taught me… Life doesn’t always go as planned. We’ll fail and lose people close to us. Our struggles won’t always make sense.

But… God is always good, even when it doesn’t look like it.

Thanks, Michael! It’s a pleasure to have you as a guest at DivineDetour. May God continue to bless your work for Him.